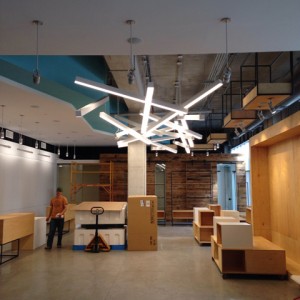 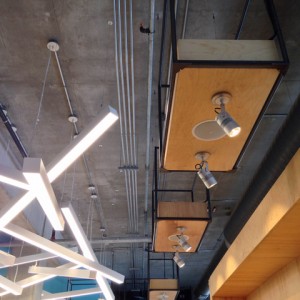 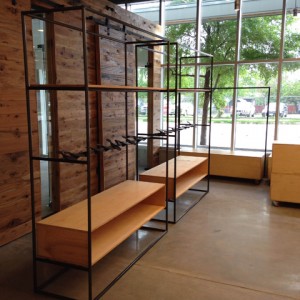 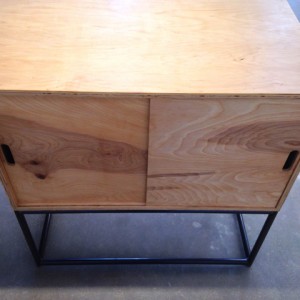 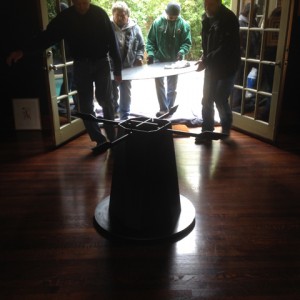 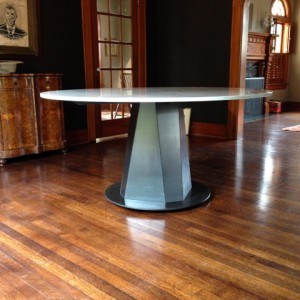 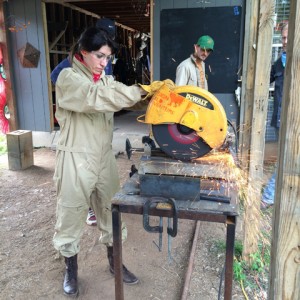 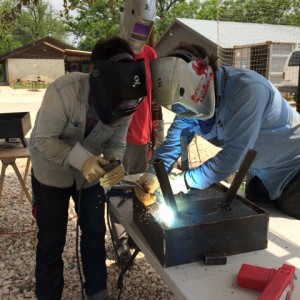 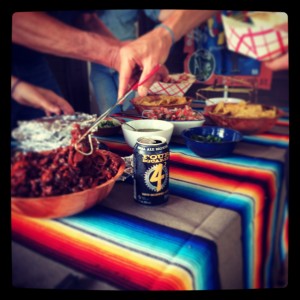 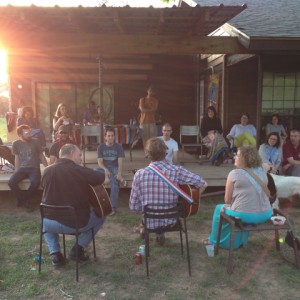 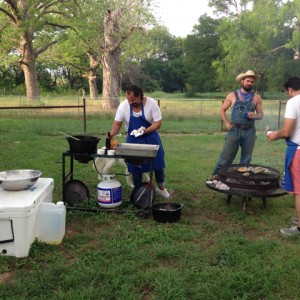 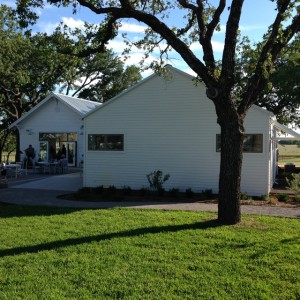 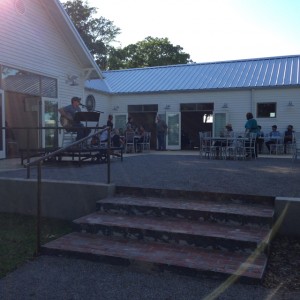 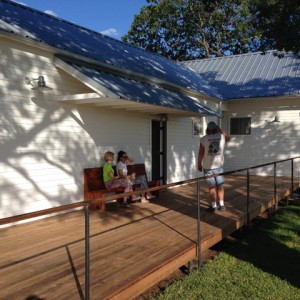 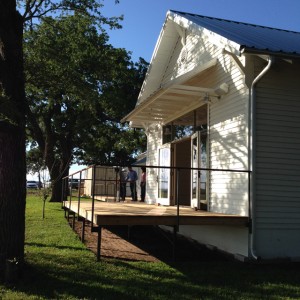 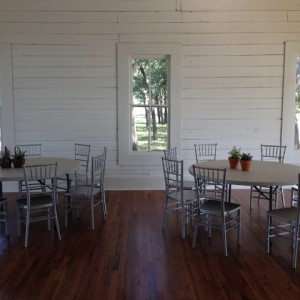 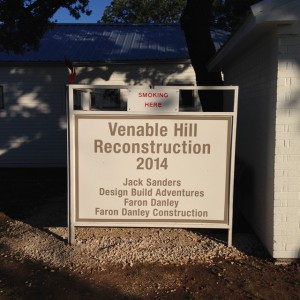 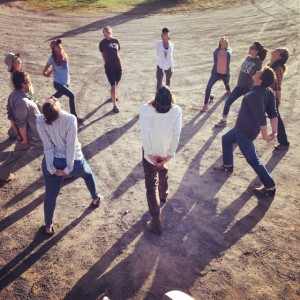 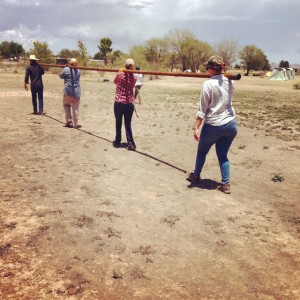 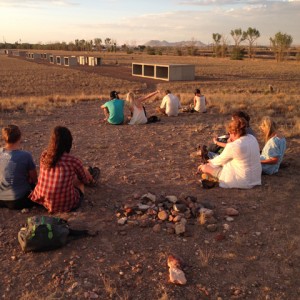 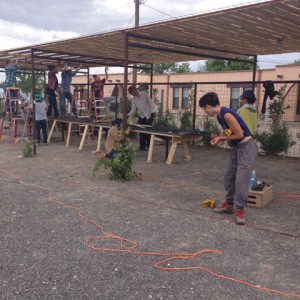 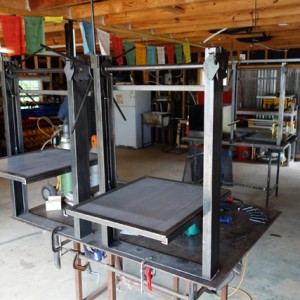 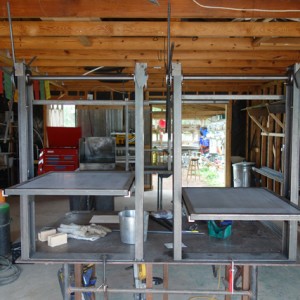 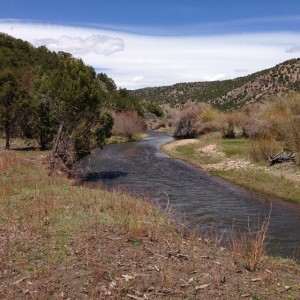 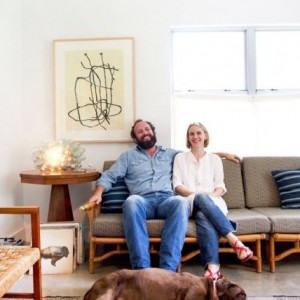 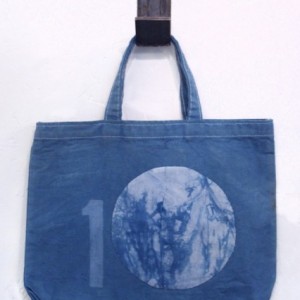 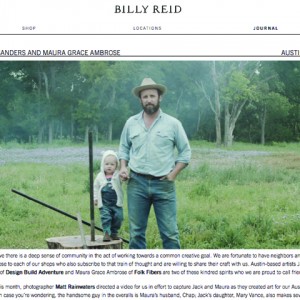 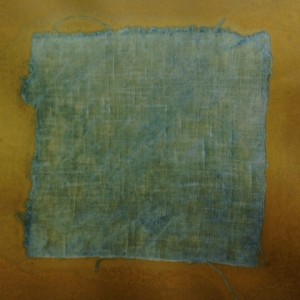 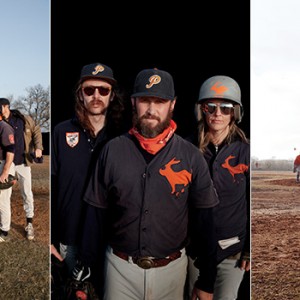 ACVB
Signed, sealed and delivered! The DBA crew installed a collection of custom furnishings for the new Austin Visitors Center. Thanks to Runa Workshop, the architectural firm behind the center, for allowing us to be a part of this very cool project.

Custom Table
We completed the second iteration of a custom-designed dining table with a steel base and white stone top. Designed by Adrian and Jack, the table now graces the dining room of a private residence in Houston.

Camp Heavy Metal
Our third Camp Heavy Metal benefitting the Health Alliance for Austin Musicians proved to be another sold-out success, thanks to the participants who designed and built some great things to auction at HAAM’s annual Corporate Battle of the Bands. Select pieces from the 2013-2014 Camp Heavy Metal collection raised more than $1,000. Every dollar raised equals $7 in free health care services for qualifying Austin musicians. A standing ovation goes out to the Austin musicians who donated their time to play at our nightly campfire happy hours — Dan Dyer, Sara Hickman, Jon Dee Graham, Bonnie Whitmore and Chris Porter. We also want to toast chefs Rene Ortiz and Laura Sawicki and their team for preparing an incredible feast to close out another successful camp.

Grand opening of Venable Hill
The DBA crew traveled to Stephenville in late May to attend the grand opening of Venable Hill. This project involved transforming a 1901 schoolhouse and 1951 parish hall into a community gathering place for special events. We were charged with restoring the buildings to their former glory, while updating the property with an outdoor deck and custom railing, audio-visual support, expert lighting, a chef’s catering kitchen, and central air and heat — all of which was a collaborative effort with Faron Danley Construction. To maintain the spirit of the place, we used original building materials wherever possible. A particularly fun detail is that the parish’s original steeple bell and marble cornerstone were preserved in the construction of an on-site historical marker.

Camp Design Build Adventure at El Cosmico
Fourteen adventurers traveled to Marfa to participate in a four-day camp that offered equal parts hard work, good times, and a nice intro into working with wood, steel and concrete. Under the auspices of Marfa designer Peter Stanley and the Blackwell Park Project, Jack and the DBA adventurers designed and fabricated a concrete community table and created a more-permanent shade structure at Blackwell Park on Marfa’s south side. A big West Texas thank-you goes out to McCoy’s Building Supply for donating the materials for the project. Peter is now raising money to build seating for the table and to address additional park improvements.

Dai Due Custom Grills
We’re fired up about our collaboration with Jesse Griffiths of Dai Due Supper Club. Together, we designed and built custom grills for the supper club’s highly anticipated brick-and-mortar restaurant, which is slated to open at 2406 Manor Road this summer. We’re certain the food that comes off these grills will be even more amazing.

Project New Mexico
Next up, Design Build Adventure is leading the charge on an exciting project in Amalia, N.M. Over the coming months, we will design and build an open-air pavilion on a family-owned property surrounded by miles of New Mexico’s picture-postcard natural beauty. We’re especially looking forward to construction time on this project.

Jack and Ann were recently featured in Apartment Therapy.

Jack and Maura Ambrose of Folk Fibers joined forces to contribute to the MAKESHIFT image quilt, and their work was featured in the Alabama Chanin Journal.

Jack and Maura also collaborated on a show hosted at the Billy Reid store in Austin. This effort resulted in Jack’s latest series of prints: indigo-soaked linens on paper. A few of these prints will go on sale soon in the Long Time Provisions store. Check out a sweet video of Jack and Maura’s artistic process in the Billy Reid Journal.

In its April issue, Garden and Gun featured Jack’s sandlot baseball club, The Texas Playboys, as “diamonds in the rough.”

In the May 30 edition of The New York Times‘ Gone To Texas section, Camp Design Build Adventure in Marfa was featured as a “quirky, discerning” pick for “the most interesting things to do” that week in Texas. Quirky and discerning? Sure, we’ll take it.

This message is only visible to admins.
Problem displaying Facebook posts. Backup cache in use.
Click to show error
Error: Error validating access token: The user has not authorized application 1332798716823516. Type: OAuthException