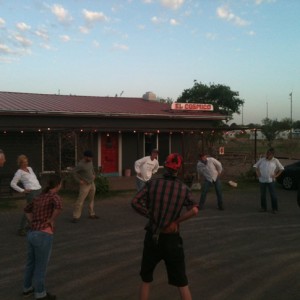 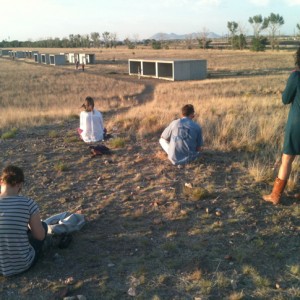 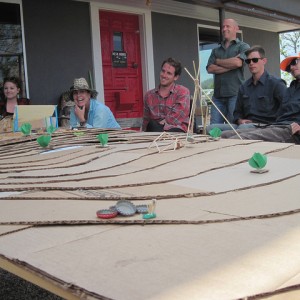 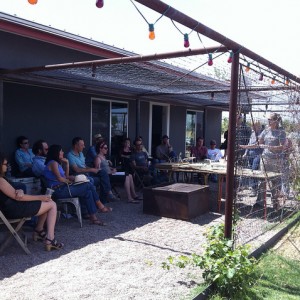 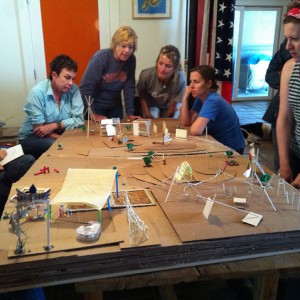 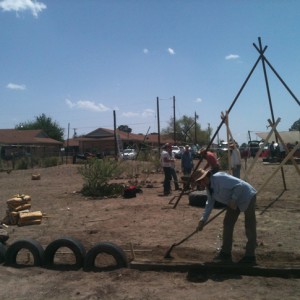 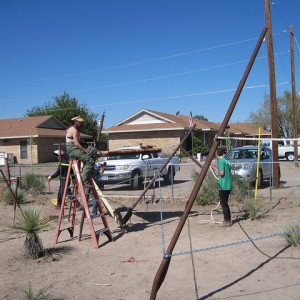 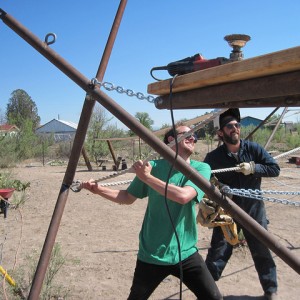 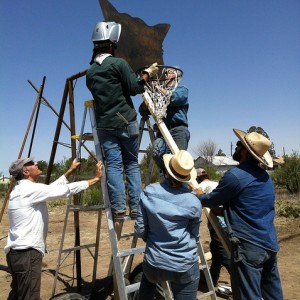 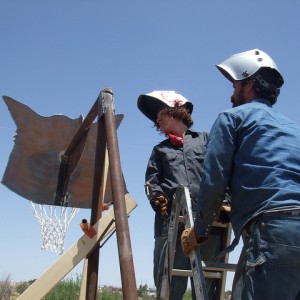 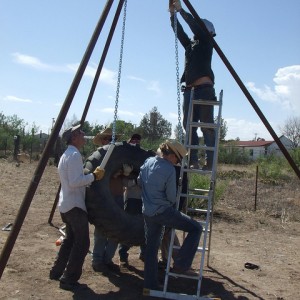 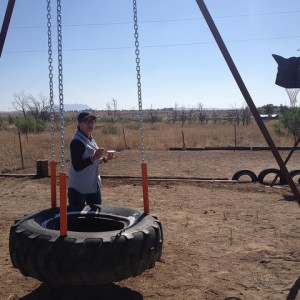 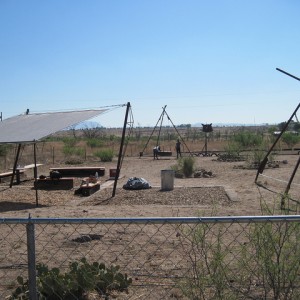 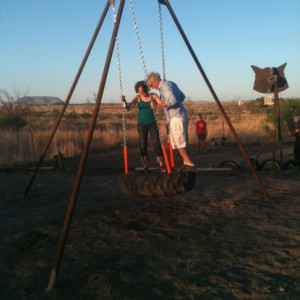 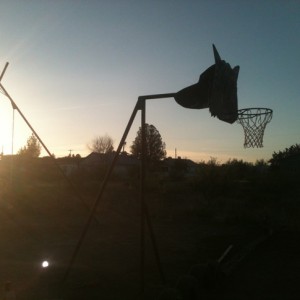 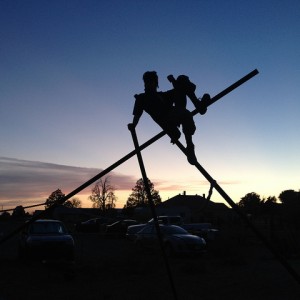 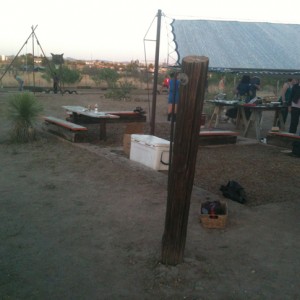 For the third June in a row, Camp Design Build Adventure has worked with the Dersu Collective in Marfa, Texas to continue the development of the park improvements at East Side Play!  Each year, the new campers are introduced to the project by our hosts, Nick and Maryam, who tell us what they observed since the previous year’s work.  From there, we embark on a 24 hour cultural immersion / sensory overload /  scavenger hunt which includes Marfa Hardware, Livingston’s, Food Shark, the Rock shop, the Lost Horse, etc, etc, and ends with sunset sketching at the Chinati Foundation.  The next morning we stretch, use some surveying equipment, use a water level, make some beer box models, draw, map, sketch, and speed date our ideas on through happy hour.  And then we spent the next 48 hours building this stuff!  And everybody welds.

Thank you so much to the Dersu Collective (especially Nick, Maryam, and Dersu), and our instructors Peter Stanley, and Dan Dyer.  Dan also cooks eggs and bacon every morning for the whole team.  Thank you also to our guest critics, Sam Schonzeit, Steve Rabourn, and Melissa McDonnell.  Thank you to Sarah Cork and the El Cosmico event team for keeping us fed and hydrated.  And also need to thank our absentee Adventure Coordinator, Katie Ford – who was missed.

Camp Dates for Fall to be announced soon! Stay tuned!


Warning: count(): Parameter must be an array or an object that implements Countable in /home/a0yaz4t9ac6p/public_html/wp-content/themes/dba2014/content-bonus-stuff.php on line 3